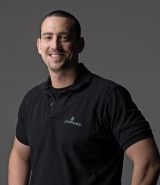 François Randin, President and CEO of Green Motion SA : a 33-year Swiss national who is a successful entrepreneur since he is 21 year old. Before founding Green Motion in 2009, François who has an IT education and background, managed software projects in banks and insurance companies for 7 years (Pictet, Swiss Life, BCV, etc.) and has worked in Switzerland, Vietnam and in major European countries. He brings solid IT, operations and HR management experience to the team. In 2002 François created WOPR Sarl, a 3 MCHF turnover IT company which was successfully sold in 2012.